Below is the opening portion of a document, an Indenture, which detailed the buyer, the seller and the previous occupants of 2 cottages in Dovecote Street, the original document ran to around 2000 words! The punctuation, or lack of it, and repetition are typical of Indentures of the time. The document is interesting because it lists the previous occupants perhaps going back to the original builder i.e. the history of the house.

An indenture is so-called because originally a contract would be written out twice on the same document and then torn in two, one for each party to the bargain - If the torn edges, the Indentures, matched then the document was genuine.

What the wording actually means-

This “Indenture” appears to confirm, in very great detail, the sale of the cottages but it actually describes what we would recognise as a mortgage or “loan secured on the property” because later on in the document Elizabeth Hatton commits herself or her Heirs etc. to repay the Eighty pounds with interest of 5% within six months and to keep the premises insured in the meantime. I wonder how much the solicitor charged?

The redemption of the loan

"subject always to the proviso or condition for redemption hereinafter confirmed (that is to say) Provided always and these presents are upon this express condition that if the said Elizabeth Hatton etc. Shall pay or cause to be paid unto the said William Blount etc. the said sum of Eighty pounds with interest for the same after the rate of five pounds for one hundred pounds by the year upon the twenty fifth day of September now next ensuring without any deduction or abatement whatsoever then immediately thereupon the said WB his heirs and assigns shall at the request costs and charges of the said EH etc.reconvey or reassure the said cottages etc. hereby assured unto and to the use of the said EH etc."

The consequences of not repaying the loan-

Provided also and it is hereby agreed and declared that if default shall be made in payment of the said sum of Eighty pounds or the interest  thereof or any part thereof at  the time and in manner aforesaid it shall be lawful for the said William Blount his heirs executors administrators and assigns with or without the consent or concurrence of the said Elizabeth Hatton her heirs executors administrators and assigns to sell and absolutely dispose of the said Cottages etc. intended to be hereby assured or any part thereof together or in parcels by public auction or private contract for such price or prices as can be reasonably obtained!

Below is the only picture in the gallery of what is now 27 Dovecote Street - the last house in the distance. 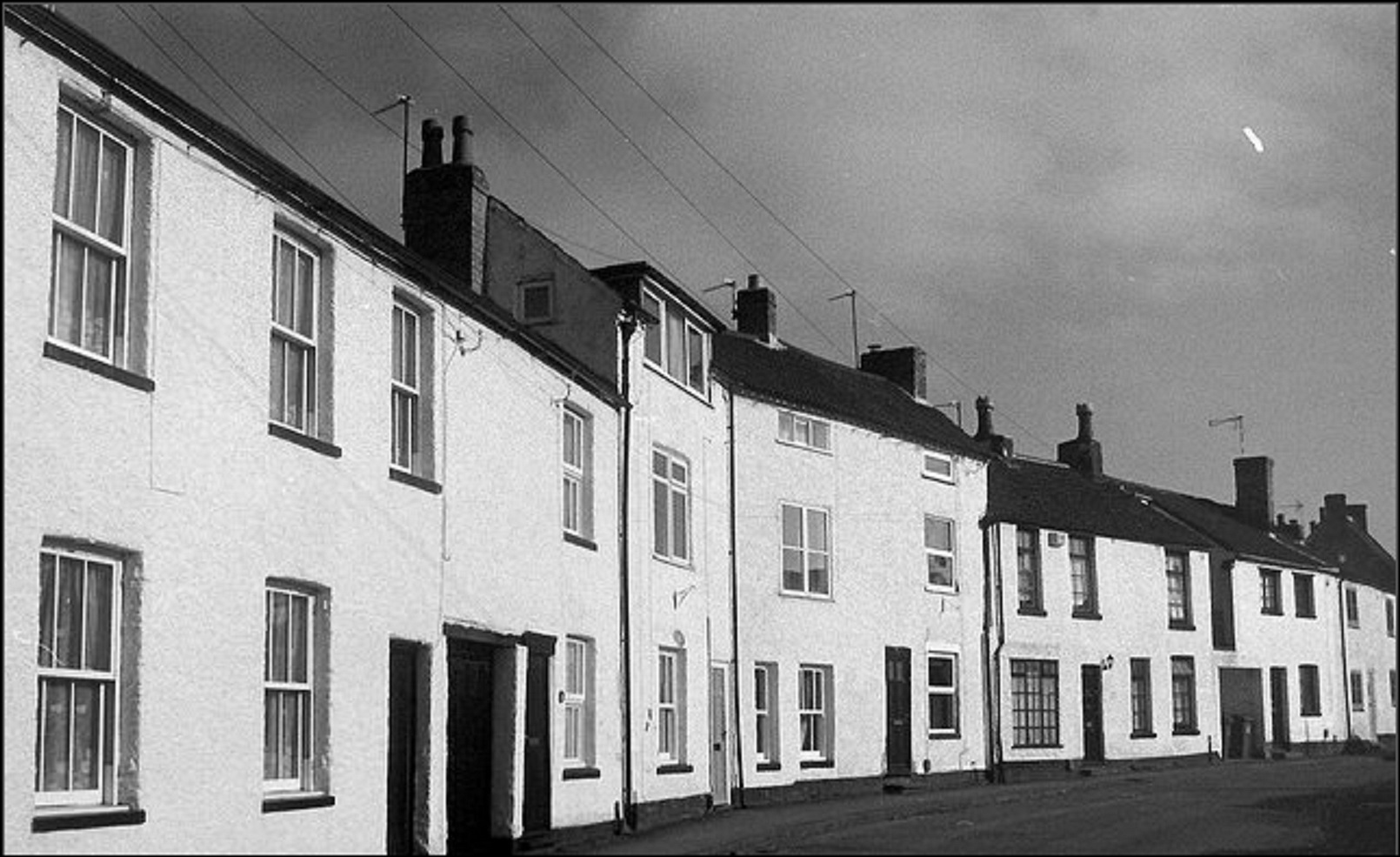