The following are a couple of sales of stoneware that have been on eBay in the past few years. 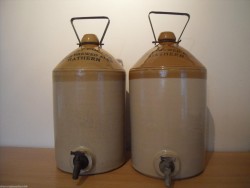 "Your are viewing a pair of Stoneware Flagons from approx C. 1880 to 1920, both have "Albert Cooper Home Brewed Ales Hathern" emblazoned on the top with the number 2 also on both, one has the number 728 and the other the number 106. Jar number 106 also has emblazoned on the top the words "These Jars Will Not Be Supplied Unless Previously Ordered". Jar 728 also has these words plus it is also stated "If Not Returned In One Month This Bottle Will Be Charged For" Each jar holds 18 Imp. Pints to the brim (2.25 Imp Gallon). They both have working brass taps although the tap on jar 728 has no seal.After some research in the Hathern Census (See pictures) I have found that Albert Cooper was the Grandson of John Cooper who in 1891 was the Landlord of "The Anchor Inn" in Hathern, Leicestershire. Albert at this time was 18 years of age and was employed by John as a "Maltster". Further Census from 1901 and 1911 show Albert Cooper as "Licenced Victualler and Maltster (Employer) at the age of 28". 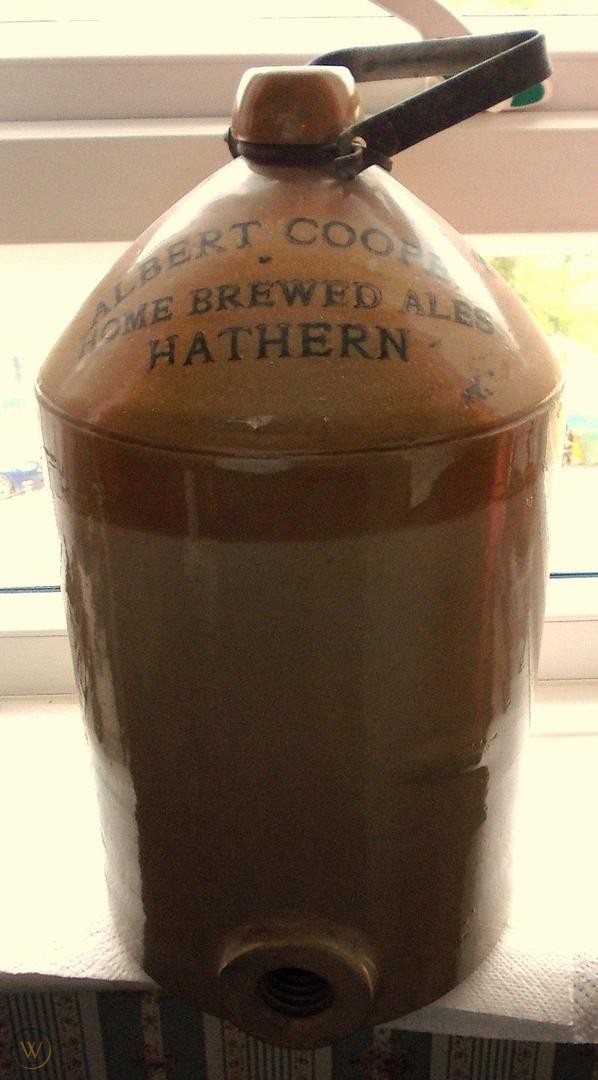 "You are bidding on a very rare stoneware flagon with a metal carrying handle for Albert Cooper Home Brewed Ales Hathern 2 375. It is in good general condition, it stands approx 16" high".