As you look up Church Street from the Cross, you can see several old cottages on the right. The last of these, opposite the rectory and next to the church is one of the oldest houses in the village - Church Cottage (number seven). Timbers in the house have been dated as far back 1430 to 1500 AD. Originally the house was wattle and daub and was thatched.

The enclosure had little effect on this, the heart of the village. The ancient houses (AH) and ancient enclosures (AE) remained as they were. You can see the houses down what became Church Street, including Church Cottage. 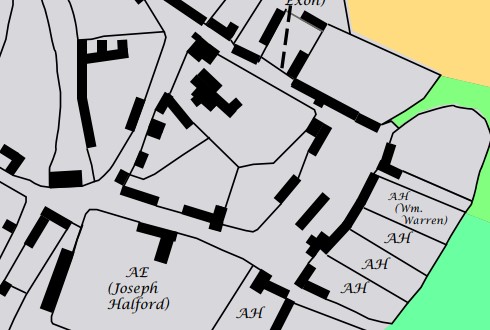 In the Rates Map of 1824 the building is clearly shown on plot 179,containing four "houses and gardens".The land and houses were owned by Anne Bowley who lived next door.The residents (ratepayers) were John Hart, George Pickering, Robert Bird and Edward Allsopp. The houses were valued in total at nearly two pounds and the plot covered about half an acre. 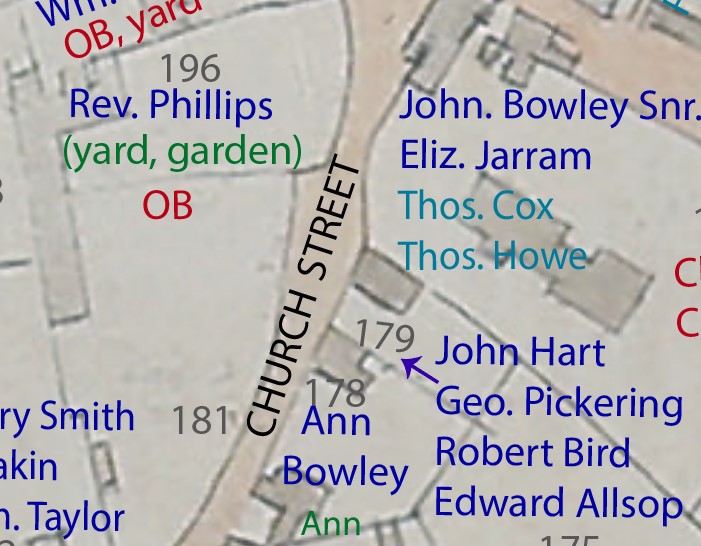 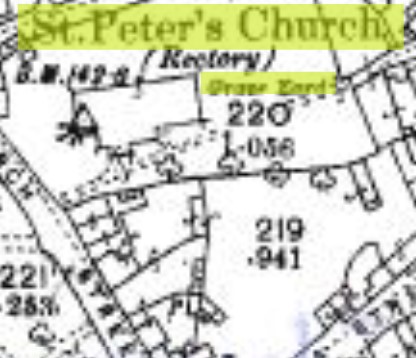 In 1884 the first Ordnance Survey map of the village was published. You can see that the house seems to have been extended further into the churchyard.

Census details at the start of the C19th.

In 1901 Church Cottage was occupied by John Price aged 56, a hosiery manufacturer and employer with his wife Mary (nee Fisher). John Price owned a stockiners workshop on the right side of the Green looking from Cross Street.  The Prices and Fishers moved to Hathern from Barlestone and Sileby respectively in the mid C19th. John Price and Mary Fisher as youngsters had both been brought up in Tanners lane. Next door to the cottage was the family of Sam Price, aged 31, a thread hosiery framework knitter. He is said to have made one dozen pairs of shot silk stockings for Princess Mary's wedding in 1892 to the future King George V. By 1911, John had died but the widowed Mary was still in residence. The house had 5 rooms. The small annexe between the two houses was used for knitting. Below is photo of Sam Price from a newspaper article reporting his 80th birthday headed "Maker of ties  and sweet music" (he was member of a prize-winning vocal quartet). 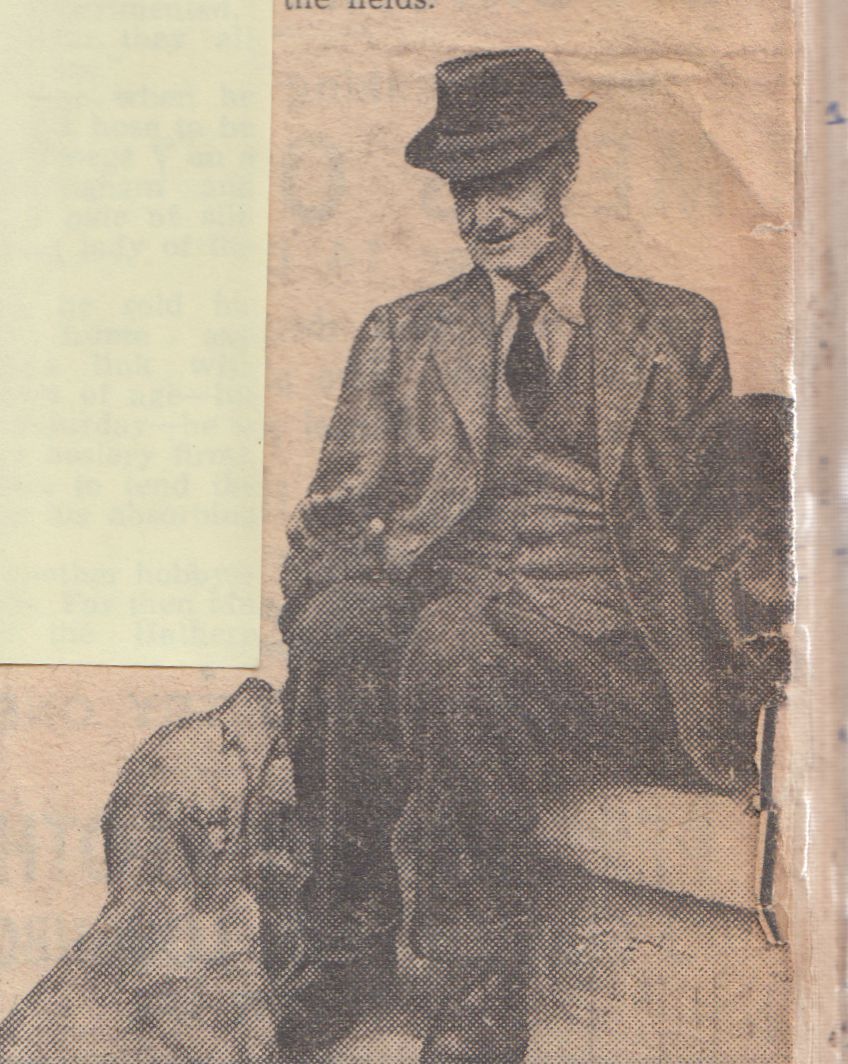 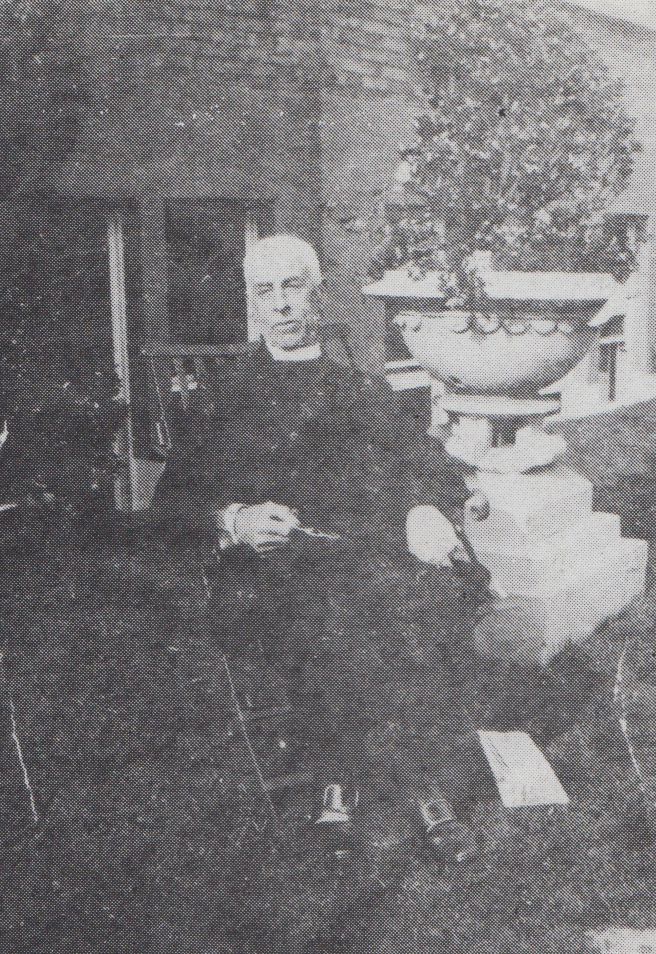 Families were required to submit details of who lived in what house as the basis for issuing identity cards at the start of the war. This is now an invaluable resource as the 1931 census was lost in a fire and no census was taken in 1941. At this time the cottage was occupied by Eric and Elsie Davis with their young son Trevor, who later occupied the house with his wife Elsa. 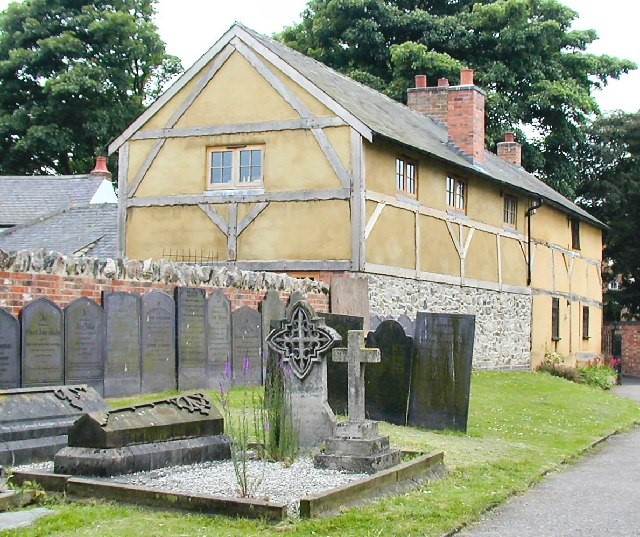 You can see pictures of Church Street (or Church Gate as it was named in the 1911 census) and Church Cottage in the gallery of streets and houses and in the gallery of church and cross. Above is a a more recent picture taken from the churchyard.