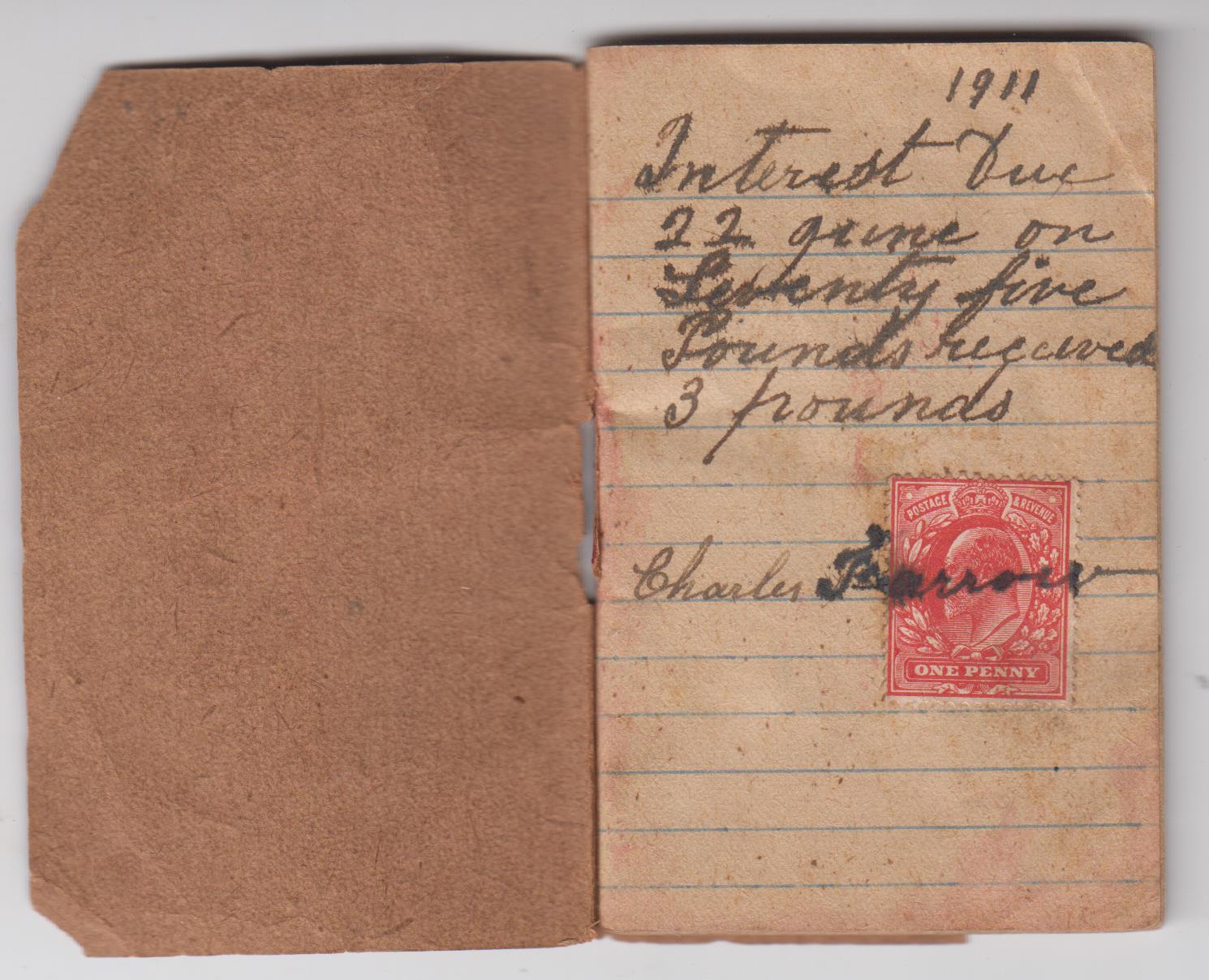 Amongst some of the stuff we have received was a small savings book for Charles Farrow with interest received over the years 1911 to 1919. There is no evidence who the savings were held with. This led to a quick check on who Charles Farrow was and his story is probably quite typical starting with a staunch hosiery background and ending up as a local publican. The family are first mentioned in 1841 with Samuel (20) and John (14) living with mother Mary. By 1861 we can see John with wife Elizabeth both cotton stocking framework knitters living in Cross Street with their three young children including Charles and Rosetta. By 1881 Charles (22) is with wife Emma (20) both framework knitters in cotton on The Green with what was to be their only child, Thomas. Rosetta (19), also a framework knitter in cotton is also on the Green living with her  uncle Samuel Price and aunt Rosetta, both framework knitters in silk. By 1901 Charles (42) is a publican in his own account at The King's Arms, still with Emma and Thomas A. now a railway clerk. Incidentally in the same household is Minnie Mee aged 14 a housekeeper (name remind you of anyone ?). His mother Elizabeth now a widow is on The Green with son Samuel (46) a silk framework knitter working at home and daughter Rosetta with her children. Charles and Emma are still at the King's Arms in 1911. Quite a story.