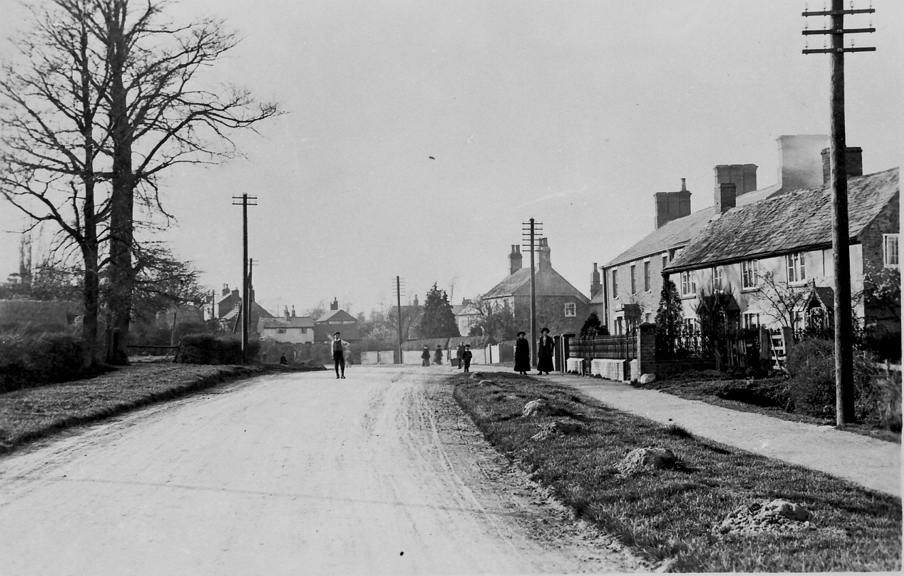 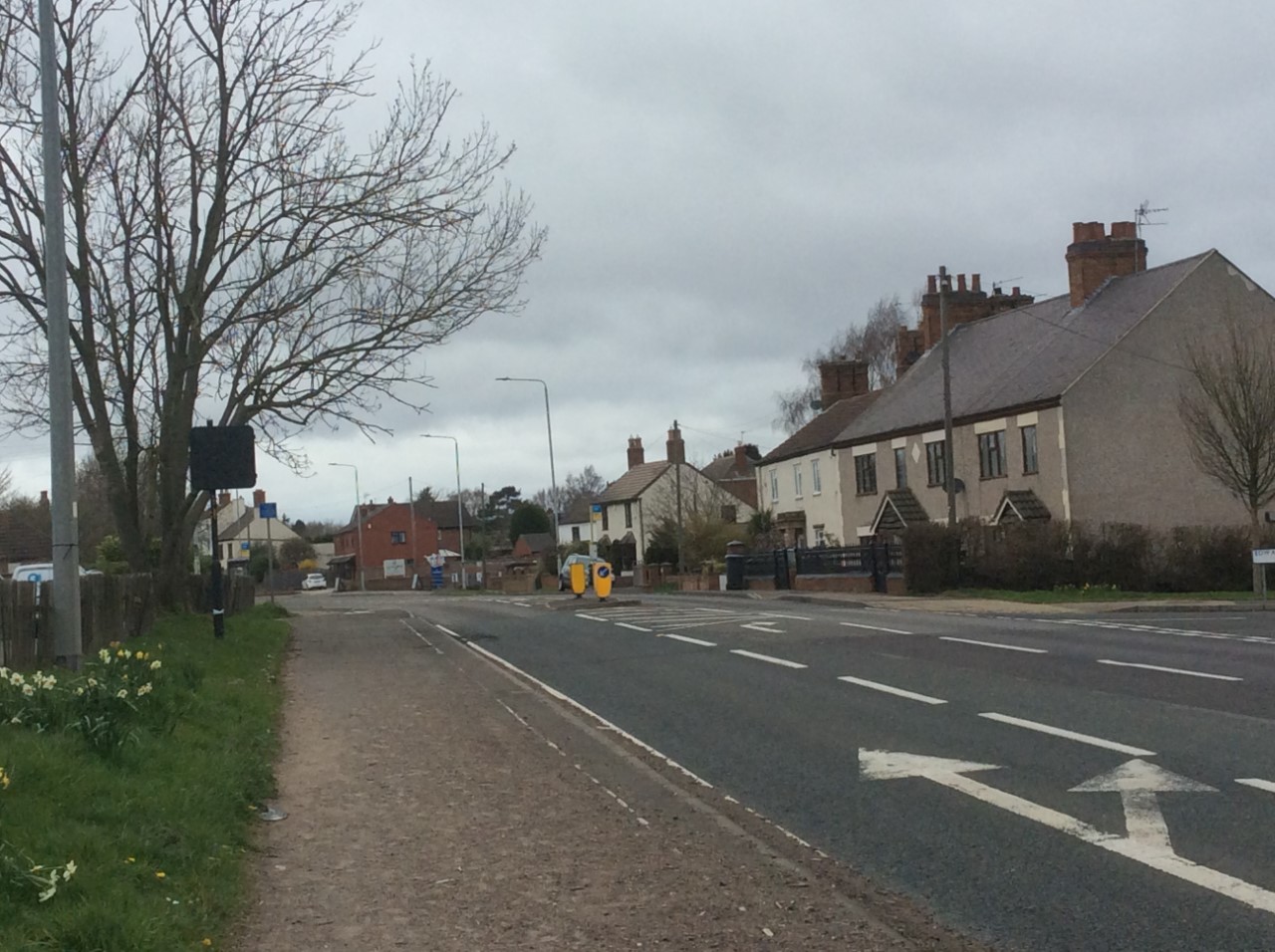 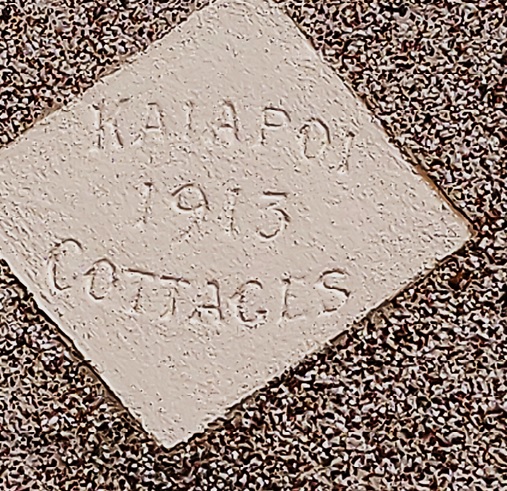 As you enter Hathern from Loughborough just after the new estate on the right you will see three connected cottages - numbers 154, 152 and 150 Loughborough Road.  Until recently these were on the edge of the village and in the yard behind was the highly regarded Spencers bakery.  On the front of the cottages is a diamond-shaped plaque with the name 'Kaiapoi Cottages' and the date 1913.  The two pictures of Loughborough Road show the cottages before 1913 and how they are now (2020). Note the lower roof line on the original building. 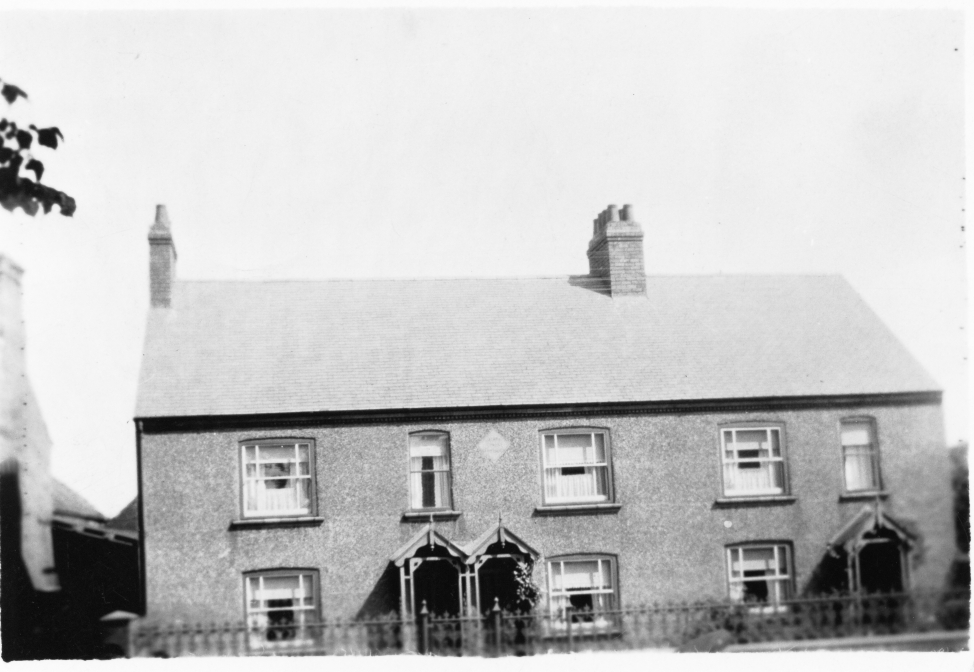 The third picture shows the Kaiaipoi cottages before recent modrnisation showing the three rather ornate porches that have been replaced by two porches of a simpler design.

If you look at the old maps you can see there have been houses on the site of Kaiapoi cottages since at least 1824 - not only the three cottages on the main road but also cottages (probably two) and outbuildings to its left running at right angles to the main road. Only recently have we realised that we already had a photo of these other cottages. 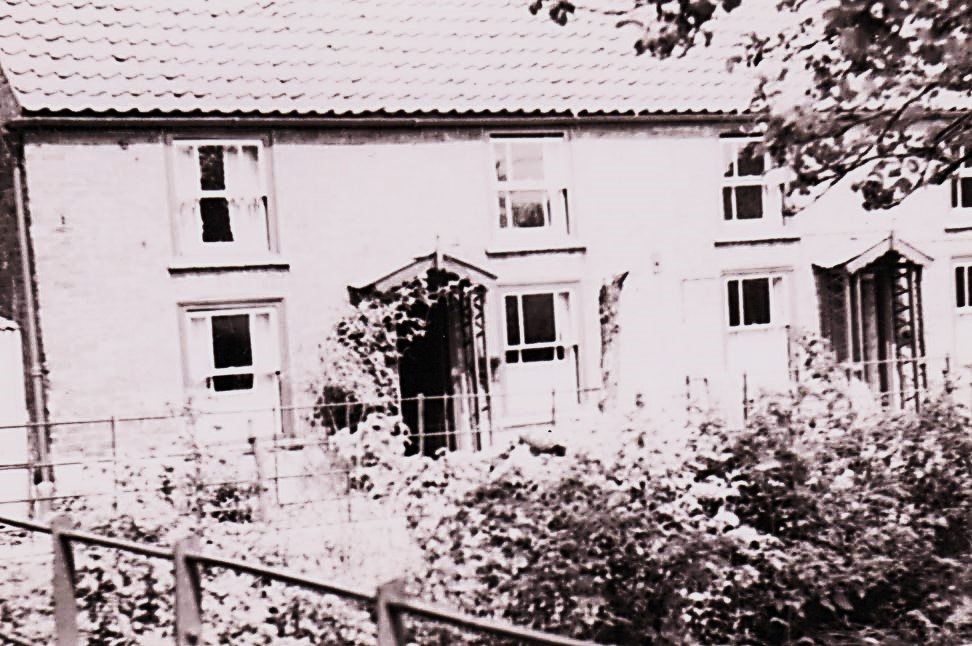 They had the same ornate porches as the three on the main road. These latter cottages remained for many years after the main Kaiaipoi cottages were rebuilt but were knocked down sometime between 1952 where they were in the street directory (numbers 148 and 146) and 1963 where they are no longer on the OS map. The maps are extracts from the village maps which can be seen in full in this recently added article. In the OS maps the Kaiapoi plot is the one to the S.E. of land parcel 386. The standalone outbuilding behind the three cottages in the three earlier OS maps is the framework knitting shop that was later to become the Spencers bakehouse. 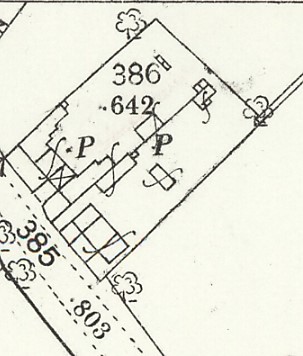 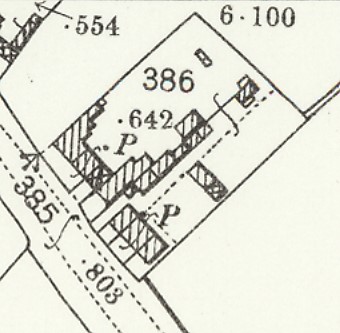 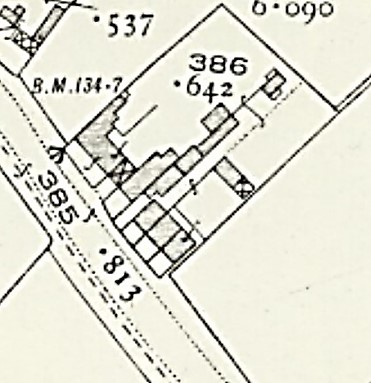 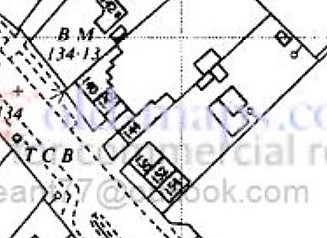 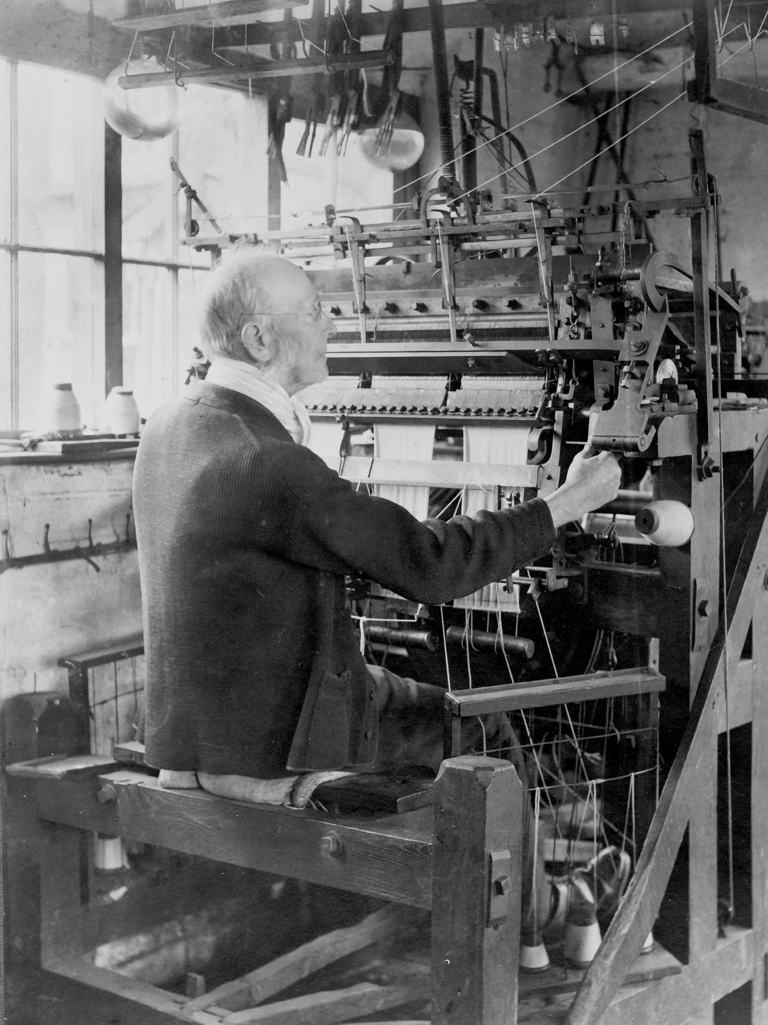 In our gallery there are more pictures of the houses on this site and the people who lived and worked in them. The man operating the framework knitting machine is Charles (Charlie) Moody who in 1901 lived in the middle cottage with his wife Mary nee Bowley and their daughter Emma aged 30 a seamer of wool hosiery at home. 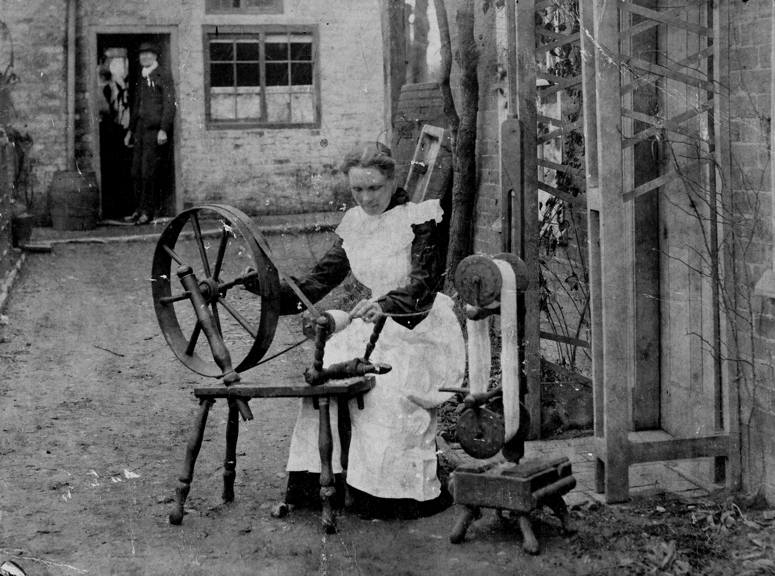 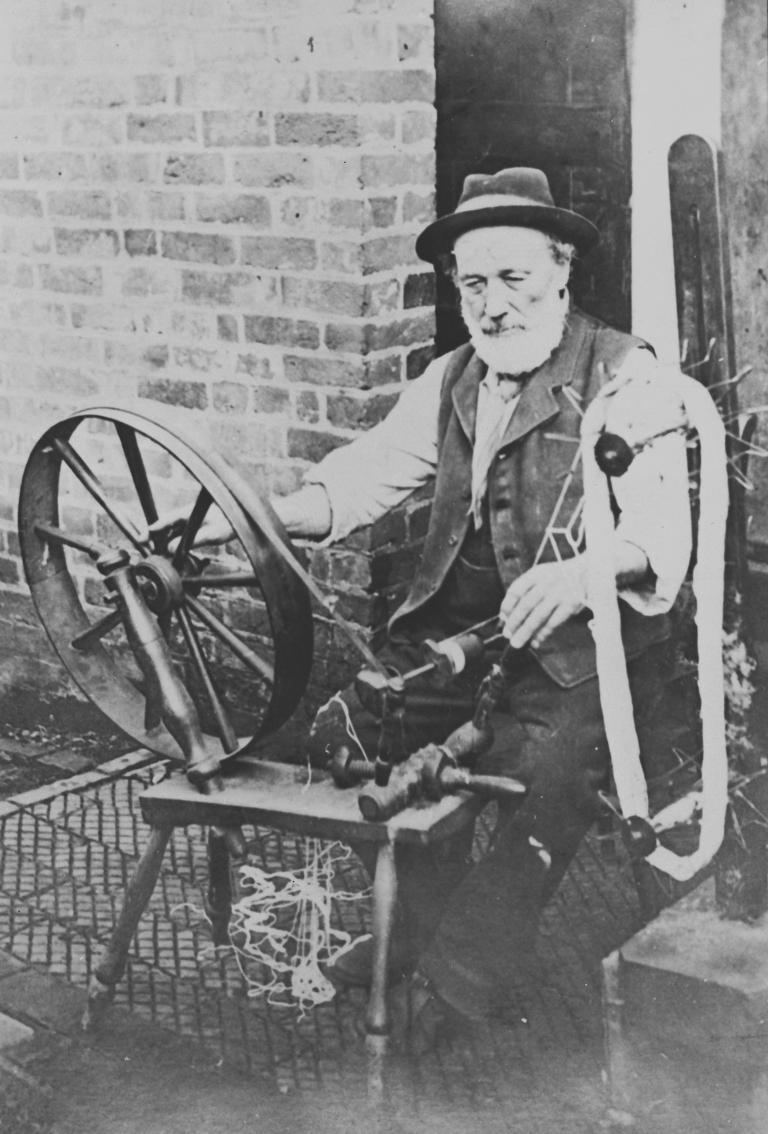 We can also see John Mee who lived in Tanner's Lane winding yarn outside Charlie's stockingers shop in about 1910. Next door to Charlie and Emma in the last house on the main road in 1901 lived another daughter Mary Ann with husband Fred Roper and their young family. In the 1911 census it seemed that the two families had swapped houses with Charlie now in the end house, widowed nine years earlier with Emma aged 39 who never married. It was Charlie who initiated the rebuilding of the three cottages. The Spencer connection occurred when Ethel Grace Roper daughter of Fred and Mary Ann married Herbert ('Everard') Spencer in 1915. If you look in the Personal Gallery you can see early family photos of the Roper and Spencer families. 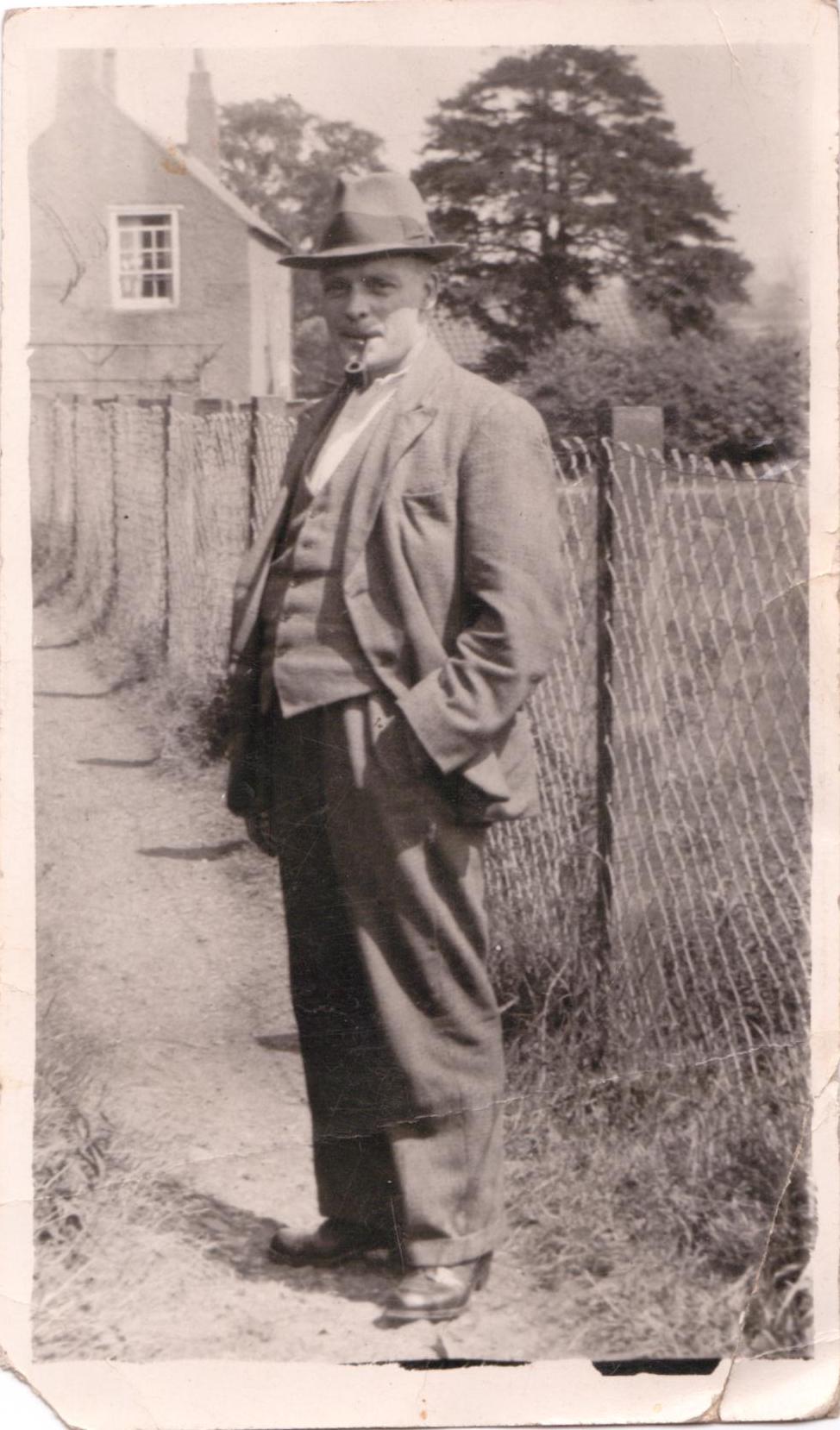 Herbert from Tanners Lane had been an apprentice baker at the Co-op and it was he who founded the bakery business that was to involve 3 generations of the Spencer family. On Feb. 10th 2006 an article about the business, then very much a going concern, appeared in the British Baker entitled  'Keeping it in the family'. 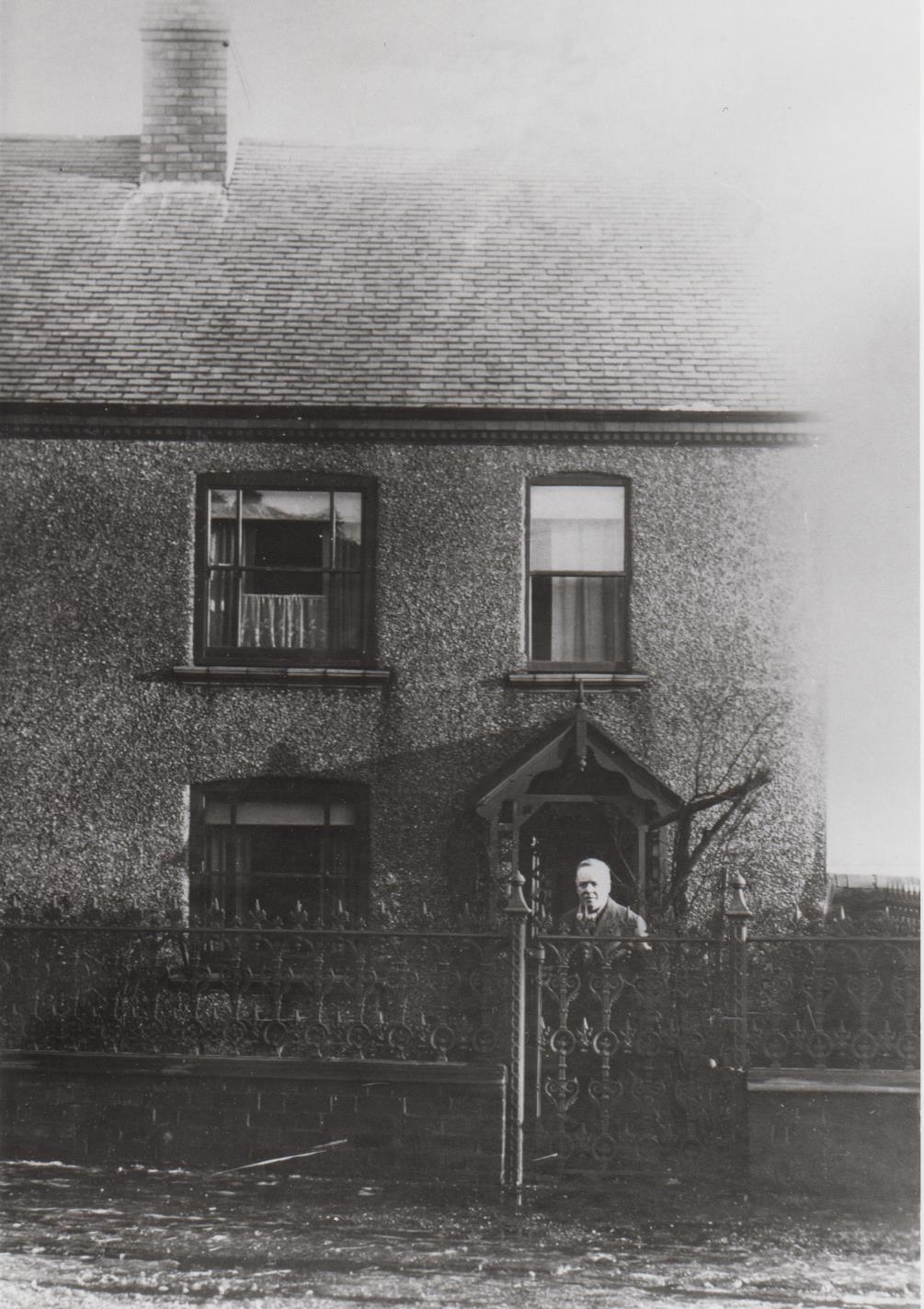 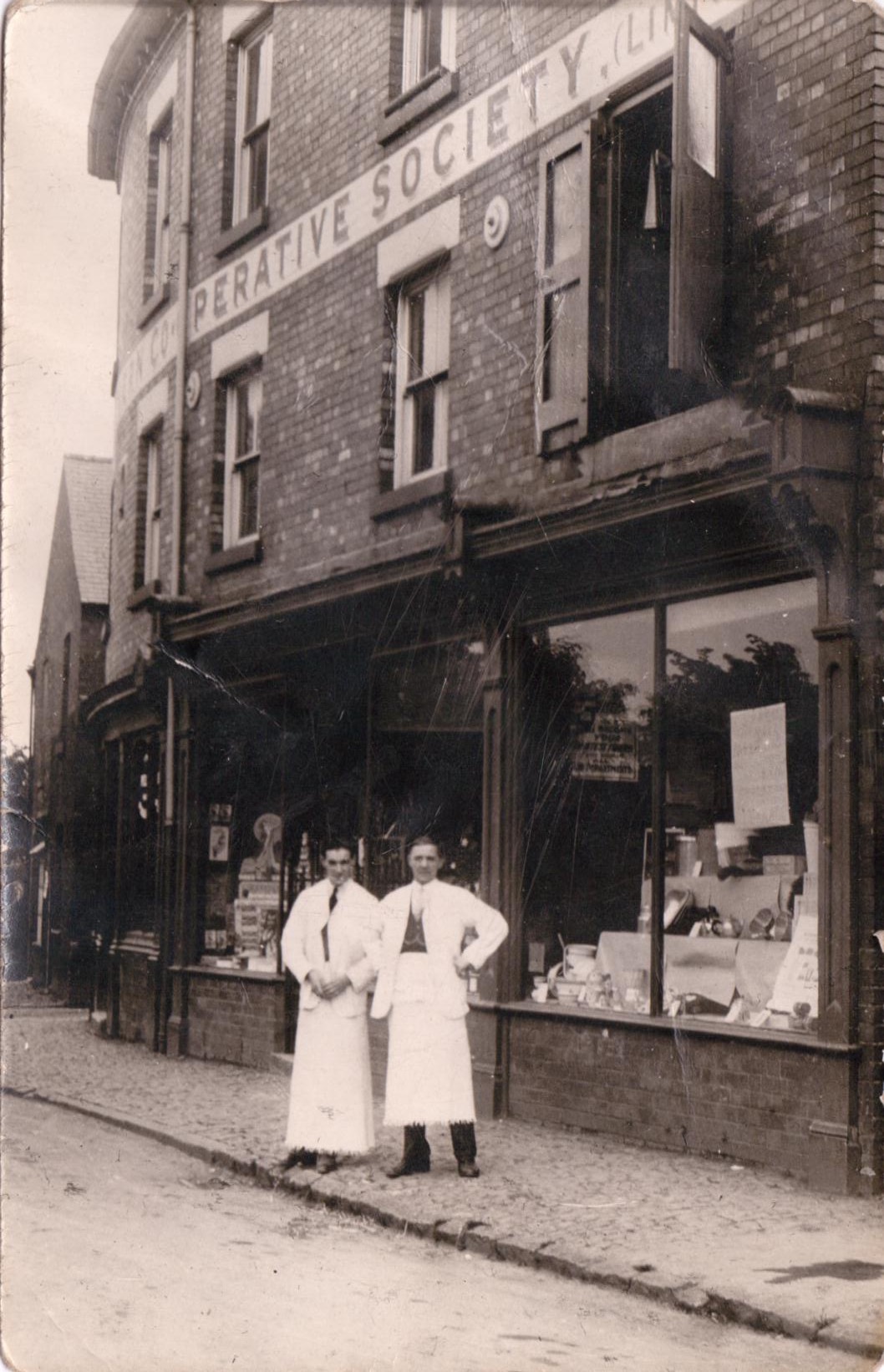 And now to the Kaiaipoi connection !

Kaiapoi is one of the principal towns of North Canterbury in South Island New Zealand. The town developed in the 1850s on Kaiapoi Island, between the south and north branches of the Waimakariri River. Subsequently the river has been channelled to the south of the town. Kaiapoi was a busy port in the 1860s and therein lies the clue, it being the final destination for many of the families who made the brave choice of upping sticks to build a new life half way round the world. Charlie Moody, described above was the son of John Moody from Castle Donington and Elizabeth Duffin from Barrow-on-Soar. In 1858 two of his brothers William and John Moody set sail with their wives and children to a new life in New Zealand. The older of these was William (born in 1823) and he set sail from London on March 26th 1858 on the ship 'Maori' with wife Frances (Fanny) nee Hunt and their seven children, the youngest Mary being only nine months. On the journey 3 births and 7 deaths occurred, all natural and overall the journey was considered to be 'fine and agreeable'. The ship arrived in Lyttleton on July 14th. 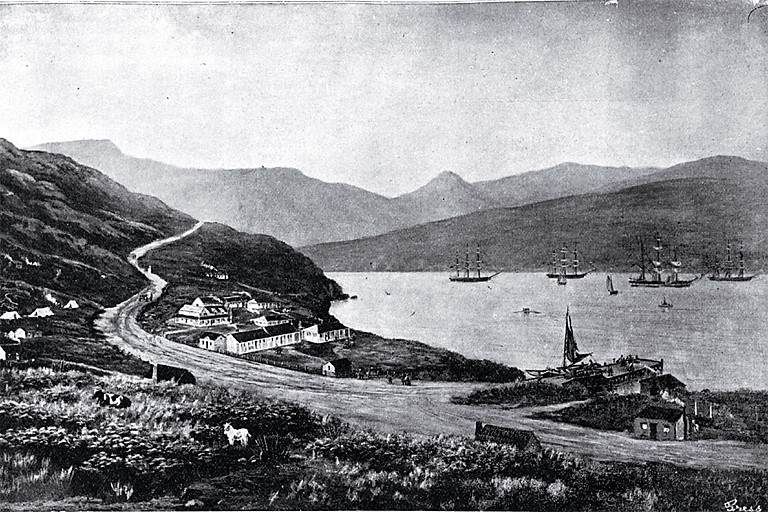 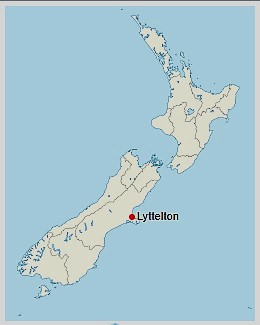 The immigrants were temporarily accommodated at the barracks and it was said they were a prime healthy lot and nearly all of them were already engaged in work. The family settled at Tuahiwi near Kaiapoi and had one more child Elizabeth Alice Moody on Jan 17th1860. William worked as a sawyer and he operated a timber boat on the Waimakairi River where he eventually drowned on Jan 22nd 1862.   No doubt during his short life in New Zealand he would have been affected by a huge bushfire in October 1859 described here by an article in the Lyttleton Times. His younger brother John Moody departed from Plymouth on Sept. 20th 1858 on the ship 'Clontarf' with his wife Ann nee Davenport and their three children. The Davenports were a non-conformist framework knitting family in Golden Square. Their ship arrived in Lyttleton on Jan 5th 1859 with 412 immigrants after a fairly uneventful voyage. The Clontarf made only one more such journey and it was so disastrous that no-one would ever travel on her again, suffering unforgiving bad weather and rampant plagues of measles, whooping cough and tropical diseases causing 41 people to die including 36 children. Coincidentally, or maybe not, another Hathern resident emigrated to the same place at the same time - this was Joseph Keetley. It was thought originally that he was the connection to Kaiapoi cottages but not so. The two Moody brothers and Joseph were re-united in death, all three Hatherners being buried in the district cemetery at Kaiapoi.

So, when Charles Moody rebuilt the three cottages on the edge of Hathern he named the cottages in memory of his two brothers - William who had died so tragically in 1862 and John who actually died in 1913, the year the house was built.

Postscript. Since those early days the Moody family has multiplied and prospered in their chosen country but I have picked out the the following story of one of the migrants. It is that of Joseph Byron Moody, third child of William and Frances, who was only nine when he arrived in new Zealand. The following is an extract from the Cyclopedia of New Zealand

'The family settled at Maori Pa, where Mr. Moody was trained to farm work. The Maori Pa is a native settlement three miles and a half from Rangiora, four and a half from Kaiapoi, and one and a half from Woodend. The old name of the place was St. Stephen's, Maori Pa, and the native name is Tuahiwi. The settlement is said to be the largest pa in the South Island, and has a population of about 150 Maoris. There is a native school, church, and also a post office; the land surrounding the settlement is the property of the natives, and is for the most part leased to Europeans. J.B. Moody commenced on his own account in 1872, and has since then been actively engaged as a farmer on his leasehold property of eighty-six acres. Mr. Moody has served since 1895 on the Mandeville and Rangiora Road Board, and has also been a member of the local school committee, and of the Woodend Rifles. As a member of the Northern Society, he has taken great interest in agricultural and pastoral matters, and was for a time a class steward. In December 1872 he married the daughter of the late Mr. C. Young, of Church Bush, and has three sons and six daughters' 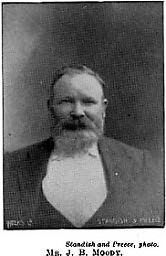 After his wife Elizabeth died on October 11th 1923 Joseph returned to England, arriving in Southampton on April 9th 1924. On September 22nd of the same year at the age of 75 he married Amy Mitchell aged 48, daughter of Henry (Harry) Mitchell, proprietor of Hathern Co-operative Store.  Possible links here I suppose with the bakery and Herbert Spencer etc. Amy had one son Bertie born in 1897. In 1901 Amy lived at the Co-op with her father and grandfather. Amy worked as an assistant in the store. By 1911 her father had retired and lived with his daughter and grandson further up Wide Street (Bertie being still at school amd Amy working at home as a pianoforte teacher).  After the wedding the couple travelled to Australia but two years laterJoseph died and Amy returned to England, arriving on April 13th 1927.  For the rest of her life Amy lived on the Round Bank in Wide Street and worked as a music teacher - so she resumed her previous occupation. Editor's note : I took piano lessons with Mrs. Moody at her house in the 1950s , a lost cause I'm afraid ! Amy died in 1957.