This is a 2 shilling token made for Hathern Co-operative Society, about the size of a 2p coin. 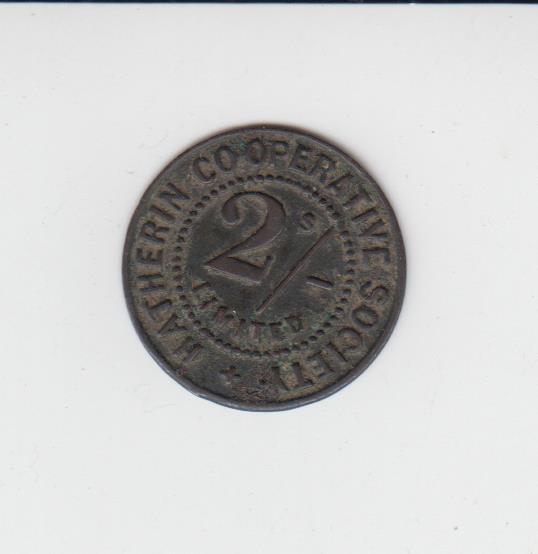 These were purchased by customers in-store from about WWI onwards, and used to pay your milkman when he was on his rounds. They would be handed to him in exchange for your milk or, usually, left out on your doorstep with the empties. This meant that no cash was exchanged and no change need be given. If the price of a pint went up, the colour or shape was changed – and if you were stuck with some old tokens, you simply made up the difference in small change. The advantage of buying the pre-payment tokens at the Co-op was that your purchase would go towards your ‘dividend account’ (a sort of early loyalty bonus). Other tokens could be bought for other food items such as bread, and even for coal. Early tokens were made from iron, brass, copper, bronze or aluminium, and later ones from plastic. The tokens fell out of use in most areas many years ago, of course; though at least a few were still in circulation as late as 2006.